Priceville gets road win at Central-Florence 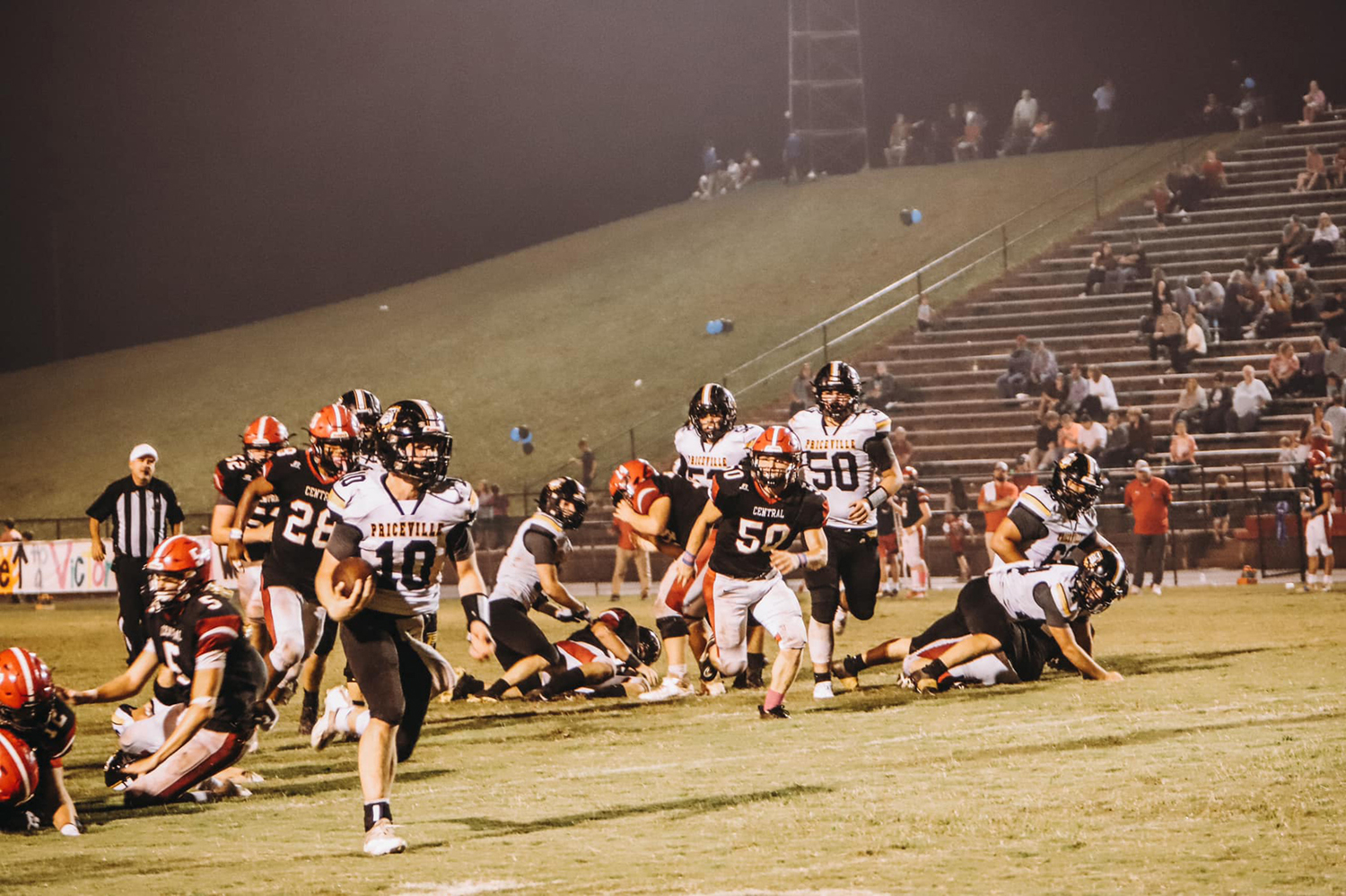 Mason Cartee continued his breakout season, leading the Priceville Bulldogs to a 41-20 victory at Central-Florence Friday.

Cartee started the game with a bang as he went 55 yards to put the Bulldogs up 7-0 on the game’s first play. He would later add a two-yard run for a touchdown to extend the first-quarter lead to 14-0.

The Wildcats added a score right before halftime to make the score 28-13.

The Wildcats got one more late touchdown to make the final 41-20.

“I thought it was probably the best game we played as a team all year,” said Priceville Coach Chris Foster. “Offensively, we moved the ball well all night. Defensively, we stopped the run effectively all night and made them do some things they were not as comfortable executing.”

Cartee finished with 214 yards rushing and four touchdowns on 25 attempts. According to MaxPreps, he is second in the state with 1,269 yards rushing, and he is tied for the state lead in touchdowns with 20. He is averaging 181.3 yards per game.

“Cartee has done a great job being the feature back,” said Foster. “He has shown great vision and the ability to finish off runs in recent weeks.”

Gaines finished with 83 yards rushing, 61 yards receiving, and one touchdown. Prickett was six of six for 100 yards passing and two touchdowns.